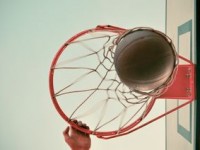 The Internal Revenue Service has won a settlement of $388 million from the estate of Detroit Pistons owner Bill Davidson. According to the IRS, the estate owned more than $2 billion in additional taxes. To gain some perspective:  in 2013, the US Treasury took in a total of $12.7 billion in estate tax revenue. Davidson, who made his fortune in glass and auto products, was best known to the public as the team owner of the Pistons, the W.N.B.A.’s Detroit Shock and the N.H.L. Tampa Bay Lightning.

In an article that appeared in Forbes, “IRS Grabs $388 Million From Billionaire Davidson Estate,” the case against Davidson’s estate is explained in detail. Two years ago, Davidson’s estate filed a matter with the U.S. tax court that challenged the agency’s assessment of additional taxes. The IRS claimed that the estate owed $187 million in gift taxes, $152 million in estate taxes, and $49 million in generation-skipping taxes, plus a $133,000 gift tax penalty bill.

Two problems factored into to these deficiencies. The IRS claims that the Davidson estate undervalued some corporate stock and improperly valued the self-cancelling installment notes (SCINs). The IRS said that the estate also underestimated the value of privately held stock held in trust for Davidson’s children and grandchildren.

SCINs are legitimate tax planning devices, but there is some gray area in the way they are structured. In this instance, the IRS questioned the calculations used and said the basketball team owner was, in effect, making taxable gifts he should have reported. The IRS requires a fair exchange of assets for the notes.

It’s not just billionaire NBA owners who have these issues, but also those estates with hard-to-value assets and those wanting to take advantage of new legal estate planning techniques like these SCINs. Even smaller estates tax under the estate exclusion may need to file estate tax returns, and face unlimited audit times for hard-to-value assets.

Speak to a qualified estate planning attorney about SCINs and other techniques for your estate.