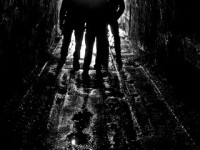 Wealthy mining magnate Harry Magnuson thought that his estate plan was all settled, and it was, while he was alive. But his wife did not follow the plan he had created, and as a result, one of the Magnuson children is now suing his siblings over an inheritance.

When Harry Magnuson and his wife Colleen had their estate plan created in 2002, the structure was relatively straightforward:  if Harry died first, everything would be left to Colleen. When Colleen died, the entire estate was to be divided equally among the couple’s five children.

Harry passed away in 2009 and Colleen received everything as planned. However, when she passed away, everything was not divided equally between all of the children.

Colleen had signed a new will in 2011 that revoked the 2002 will and disinherited her son Thomas, while the remaining four children inherited everything. Thomas was not amused.

Apparently the new will was prepared by a notary working in the law office of one of the other Magnuson siblings. This has predictably led to problems.

Thomas Magnuson is suing his siblings, claiming that they conspired to unduly influence their mother to have him cut out of the will. The Spokesman-Review reported this story in a recent article titled “Magnuson son sues siblings.”

It is too soon to know what will happen in this case. This is yet another example of what happens when there is a lot of money at stake and a family member does not think that he or she was treated fairly in an estate plan.

Even if the other four siblings are found to have not unduly influenced their mother to rewrite her will, this case will likely cost the family a lot of money and hurt feelings.

If you really want to disinherit one of your descendants, be sure to contact an experienced estate planning attorney.