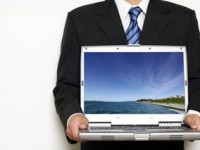 In the past, one would have to go to local court offices to research old wills, using microfiche machines dating back a few decades themselves. But today, millions of wills, from regular people and historic figures, are now searchable online.

Wills offer a treasure trove of information about individuals and a window into the past. Today, old wills for such luminary figures as Herman Melville, Samuel Morse, J.P. Morgan and many other historical figures, can be easily accessed on the web.

The well-known genealogical website, Ancestry.com, spent two and half years scanning 170 million pages of old wills and probate records, and put them in an online database.

While many other countries have previously placed the contents of old wills online, this is a first in the United States on this large of a scale. This development appeared in a recent CNN article, “Paul Revere, J.P. Morgan wills among millions now online.”

In some ways browsing through the wills shows how the United States has changed. Many of the oldest wills do not even mention the testator’s first born son or wife. Why? In the early days of the nation, the law of primogeniture was in effect. Among other reasons, this approach helped ensure that the family farm or business remained in the family, even if a widowed mother remarried. Consequently, the eldest son inherited everything except for a one-third share to the widow.

In addition to legal developments over time, the wills also show the shift from handwriting to typing that occurred in the late 19th and early 20th centuries. Clearly, researchers should make even more interesting discoveries as they continue to study this new database.