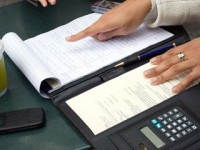 The stories of family relationships destroyed by the lack of wills or unfair distribution of assets are heartbreaking. Despite all evidence to the contrary, people somehow think that their adult children will be special and manage to work things out. This is rarely the case.

A recent article in Marketwatch’s Moneyologist column, “What to do when a parent dies and leaves no will,” starts with a sad example of how families fall apart when the lack of estate planning pits children against each other.

The woman recounts how her father told her and her sister that he was making the sister a signatory on his bank account so that she could pay any bills of his estate out of it. He said that the rest of his estate would be divided equally between them.

Five months later the father passed away without a will.

Unfortunately, he had not just made the one child a signatory on his bank account; he made her a joint owner. Everything in the account became hers. To add salt to the other sister’s wound, the sister who “inherited” the bank account used other money from the estate to pay the bills. This drove a wedge between the sisters so deep that one of them will no longer attend family events and as a result is becoming cut off from the rest of the family.

The father actually made two common mistakes in this case.

First, he never should have made one child a joint owner of his bank account, if he intended that they share equally. Second, he should have prepared a will. Perhaps the father thought he still had plenty of time to get a will later and just never got around to it. Don’t we all? This story illustrates why “procrastination” is never a good strategy. People, such as this man, pass away unexpectedly all the time. When that happens and they do not have wills, their passing often creates feuds within the family.

Learn a lesson from this tragedy and contact an estate planning attorney to help prepare your estate plan without delay.

Reference: Market Watch (September 5, 2015) “What to do when a parent dies and leaves no will“