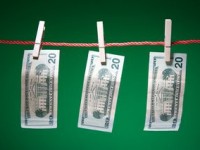 It’s been nearly ten years since litigation over the James Brown estate. Funding from his “I Feel Good” trust, has yet to make its way to needy students in North Carolina and Georgia because of several will contests. One last issue – the value of the estate, which is the $95 million dollar question.

The James Brown estate battle is one of the more unusual and complex ones we have seen.

As you may recall, his estate plan called for his music empire to be put into a charitable trust and used to help needy students. Nevertheless, despite the fact that his will contained a no-contest clause that stated that anyone who contested the will could receive nothing, the will has been the source of ongoing challenges since the musician passed away in 2006.

One of the largest questions remaining is how much is the music empire worth? Documents filed by the current trustee with the IRS valued the estate at $4.7 million, while earlier trustees valued the estate at $100 million. The full details of the dispute were reported by the Herald Independent in “The $95 million question: What’s at stake in Brown estate battle?”

The dispute matters greatly because charitable foundations are required to distribute at least 5% of their value to charity every year per IRS rules. Thus, there is a very large discrepancy in the total number of students that would be helped each year by the trust depending upon which valuation of the music empire is ultimately accepted by the courts.